I've been working on and off with those Deamonettes over the last couple weeks. Then the thought occurred to me that with Planetstrike coming out soon, I could probably use another elite choice.

I've had a fiend of Slaanesh sitting in my drawer for a couple months, so I decided to put it together.

Since I have a lot of metal models in this deamon army, I decided to invest in this: 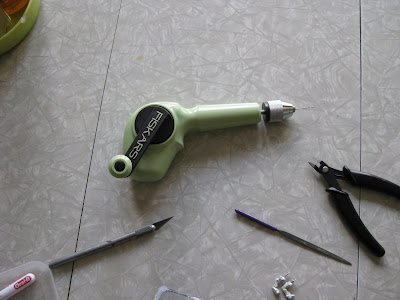 No, it is not a sex toy. It is just a provocatively shaped craft hand drill. It has made drilling holes in pewter so much easier. (Edit: For those of you who want your own, here's a link to the store where I bought mine: http://www.dickblick.com/products/fiskars-hand-drill/)

The part I was most concerned about was the rear most legs on the fiend. The model has four legs, but stands on two. I was concerned that the joint holding those legs on would be weak. I knew I had to pin them.

Th drill did an awesome job. In fact I was able to drill straight through the model in just about a minute. 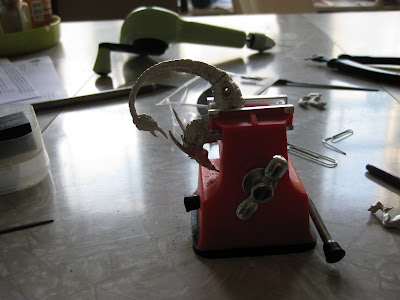 I'll eventually run a pin through the hips and drill a hole in both legs.

The only downside to this whole endeavor (and I'm still working on getting it together) happened when I tried to drill a hole in the base of the rear leg so I could pin it to the base. unfortunately, I put too much pressure on it and snapped off the bit in the hole. I learned that you just have to let the drill spin and do it's job. Don't push it.


Also: Squats are alive and well and living on my block: 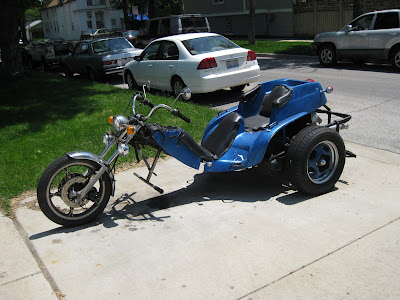 Posted by Scott at 2:39 PM 5 comments: Links to this post

Dan Abnett, How Could You?

"Roque shook his head. 'I have not words Sesto. No words do it justice. Blood, there is blood. Pestilence. I see the future, I think. Fire and sword, fire and sword. Wholesale war. And darkness. Such suffocating darkness. Is that what is to come, Sesto? A grim darkness of the far future where there is only war?'

Dan Abnett I hate you so much right now.
Posted by xNickBaranx at 10:16 AM 3 comments: Links to this post

The demands and joys of a new baby make it hard to do any kind of painting. However, I have been able to squeeze out a few minutes here and there to do a little building.

Presently, I'm putting together a new unit of Daemonettes for my Daemon army. 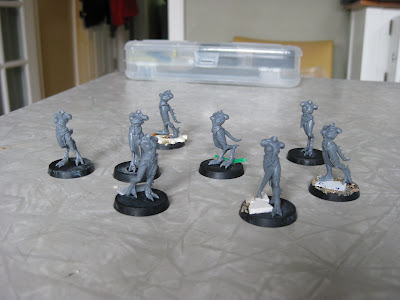 Right now, they are in what I like to call the "Venus De Milo" phase.

As requested, here is a picture of my newest bundle of joy, Estelle: 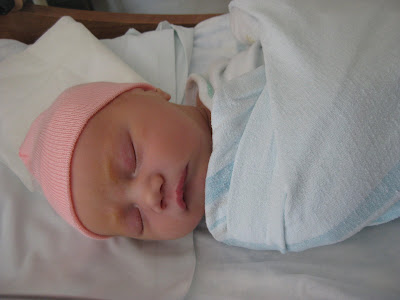 Regimental History of The Varrian 10th

While I can't say I have as a valid a reason as Scott does for neglecting 40k, I have been busy. Between work, going to my sister's wedding last weekend, and dealing with other mundane real life chores, I have not been doing nearly enough painting or playing lately. However, though life can make playing and painting difficult, it can not stop me from thinking about 40k history and fluff, and more specifically about my Imperial Guard.

I've had a fairly generic history of the Varrian 10th written for some time now, since I first started the army. My desire to make it more interesting was spurred by the new codex, partly because of the units I'm adding and partly because some of the fluff in the new codex made the 10th unusual. In particular, the new codex makes it very clear that Imperial Guard regiments are strictly infantry or armoured, and armoured units work along side infantry regiments, or are seconded from their regiment to support infantry regiments. Given that I want the 10th to fit the fluff, and have quite a few vehicles painted in the colors of the 10th, with marking indicating they belong to the 10th Varrian, this caused me some problems. But it also gave me an idea on how to make the regiment's history more unique.

With any army background or history (which I'll get too soon, I promise), I'm trying to explain the equipment and tactics of the army, and any significant deviations from the established organization set forth in the army's codex. In the case of the 10th, I have to explain why they are a combined arms force, with armour and infantry a part of the same regiment, and why I take the units I do, most significantly two Company Commanders. I know not everyone gets the same pleasure out of fluff and background as I do, but I hope this will make other people think about their army and where it came from, in terms of the 40k universe. If it inspires people to think about their Guard regiments, even better-- Space Marines aren't the only ones with heraldry and cool stories. And with that, here's the (slightly revised) Regimental History of the Varrian 10th.

The planet and people of Varria have a long history of service to the Imperium of Man. Located in the Segementum Pacificus, just to the galactic north of the Fortress World of Hyrdaphur, it is blessed by the Emperor with fertile fields in the southern hemisphere and around the Equator, and also has substantial mineral reserves in the mountainous northern hemisphere and around the poles. Because of it's unique mineral wealth, it soon became a primary supplier of foodstuffs and raw materials to Hydraphur and nearby Forge Worlds. For centuries, Varria was exclusively a supply world catering to the demands of the Imperial Fleet and the Adeptus Mechanicus, and was exempted from the tithes of Guardsmen owed by most worlds of the Imperium. The Mechanicus has, at various times, attempted to bring Varria directly under its control, but this has been resisted by the hereditary Imperial Governors of Varria and by the Lord Admirals of the Imperial Navy, who did not wish to see the foodstuffs of Varria go only to the Forge Worlds. The Mechanicus remains a significant power on Varria, as only their expertise permits the exploitation of Varria's mineral wealth. They are constantly involved in a subtle, long term power struggle with the hereditary nobility of Varria and with the representatives of the Departamento Munitorum over the distribution of Varria's resources.

Due to it's strategic importance, Varria has always maintained, with the help of the Adeptus Mechanicus, a large, well trained, and well equipped Planetary Defense Force. This force has proved itself many times over the centuries, putting down rebellions and defending against Xenos raiders. At times of crisis in the sector, when the numbers of the Imperial Armies are depleted and reinforcements needed, the Varrian PDF has been conscripted, en masse and with all their equipment and vehicles, into the Imperial Guard. This happened for the first time almost 500 years ago. The Varrian First was raised, under the command of Colonel (later Lord General) Radke Patton, and proved to be such a valuable asset that further Varrian Regiments have been sought after by the Departamento Munitorum.

The latest to be raised is the Varrian Tenth, under the command of Colonel Varl Paulus. Colonel Paulus was an officer of the Varrian Ninth, transfered to command the newly created Varrian 10th as they transitioned from PDF to Imperial Guard Regiment. His second in command, Major Erich Caius, was a veteran officer of the PDF's elite Rapid Asssault and Response teams. They two officers complement each other, with Colonel Paulus commanding the over all battle and Major Caius leading the Varrian 10th's Veteran squads in rapid assault, delivered via Chimera or Valkyrie to claim a vital objective or destroy key enemy units. Just as in the PDF, the Varrian 10th emphasises combined arms tactics, and never deploy without the regiment's complement of vehicles. The Varrian 10th, as with most Varrian Regiments, prides itself on being a self-sufficient force, and their armoured vehicles are a prime reason for that view point.

Another legacy of the 10th's PDF roots is in it's organization. There are no companies in the Varrian 10th, instead it is made up of platoons, each of 3 infantry squads and 2 to 4 heavy weapons squads. These platoons, with attached armoured units, can function alone or can work in conjunction with other platoons. Formations of multiple platoons are known as Battlegroups, and at times the entire regiment has deployed as one Battlegroup. Outside of the platoon framework are the Veteran Squads, comprised of soldiers who have distinguished themselves in no less than 3 campaigns. These Veteran Squads answer to Major Caius, and can be deployed in groups of Veteran Squads for particularly vital missions, or more commonly fight alongside platoons who need greater numbers or who may benefit from the example of their veteran comrades.

Since it's founding, the Varrian 10th has added many campaigns to the Regimental Honor Roll, among them the Cleansing of Slato, the Arlinor Expedition, and the Alpheca III Campaign. Although it is seldom spoken of, and barely known of outside of the regiment and the Angels of Absolution Chapter of the Adeptus Astartes, the battles of Andelon on Tyrgon V remain a source of pride and bitterness among the veterans of the Varrian 10th. Currently, the 10th is deployed alongside the Crimson Fists Chapter of the Adeptus Astartes, battling Orks outside the city of Irodu.
Posted by Chad at 12:28 PM 3 comments: Links to this post